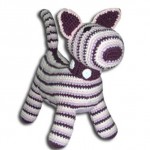 The following started off as a thread on our forums, but was so packed full of useful info that we decided to cherish it forever.  Most pieces of equipment are promoted to “make life easier”, but which of them really do ? Read on to find out from those at the coalface of motherhood!.

Thanks for all your help in compiling this list – if you have any to add please fill in the bit at the bottom.