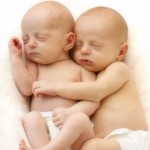 What is Twin to Twin Transfusion Syndrome (TTTS)?

Also sometimes known as ‘FFTS’ (Feto-Fetal Transfusion Syndrome), and as ‘TOPS’ (Twin Oligohydramnios-Polyhydramnios Sequence), TTTS is a disease of identical twin fetuses caused by abnormal connecting blood vessels in the twins’ placenta, resulting in an imbalanced flow of blood from one twin to another.

The implications of this can be very serious for the survival and health of both twins. Once thought to be extremely rare, TTTS is now believed to affect as many as 1 in 1000 pregnancies. It can occur in various degrees of severity, and can stop as well as start without warning.

How does it occur ?

In twins that share a common placenta (known as ‘monochorionic’ twins), blood vessels within the shared placenta commonly form a “link” between the developing babies. In most cases of monozygotic twins sharing the same placenta these joined vessels can include artery-to-artery, vein-to-vein, and artery-to-vein connections. One theory is that usually these connections balance each other out and cause no ill effect.

In TTTS cases, however, it is believed that the joined vessels are imbalanced or are caused to become imbalanced. Essentially blood from the “donor” twin is transfused through the placenta into the “recipient” twin. The fetuses themselves are normal, the abnormality is in the placenta. Several theories have been proposed over the years for the pathological causes of the condition though none have been proven beyond doubt.

When does it happen ?

TTTS can kick in at any time during the pregnancy, often as early as 4-5 months. TTTS in its worst form,”Chronic TTTS”, occurs well before delivery when the babies are too immature to be delivered and cared for effectively. On the other hand “Acute TTTS” can occur later right up to or during delivery, sometimes causing death or handicaps in the surviving infants. Acute TTTS can occur in any case of monochorionic twins, who may not have shown any of the clinical symptoms of Chronic TTTS through the pregnancy. The pressures invoked by normal delivery can cause a mass transfusion of blood from one twin to another. Experienced hospitals can combat this by monitoring fetal heart rates during delivery for signs of Acute TTTS. If it is detected, an emergency C-Section will usually be offered.

Why is it so serious ?

The recipient twin (often larger) becomes effectively overloaded with the extra blood supply. His or her heart has to work harder to pump the enriched blood around, which can result in heart failure. The recipient also produces far too much amniotic fluid (polyhydramnios) which causes the mother to appear far further on in the pregnancy than she actually is. This excess fluid is not only extremely uncomfortable for the mother, but can often bring about an early delivery due to cervical pressure and ruptured membranes, and by directly stretching and stimulating the uterine muscles to contract. The recipient twin may also develop hydrops or edema (retained fluid) within his or her body, which in turn can lead to respiratory, digestive, heart, or brain defects.

The donor twin (often smaller) becomes anaemic due to not having enough blood supply, and usually has a small amniotic sac (the bag of fluid in which the baby lives). This lack of amniotic fluid is termed “oligohydramnios”. The sac is often very close to the developing baby’s body, and the baby appears to be almost shrinkwrapped and “stuck” up against the wall of the uterus. When donor babies survive birth, however, they are often the baby that is stronger as their hearts have not had to work so intensely during pregnancy. If left untreated, TTTS has a mortality rate of over 80% and can be the root cause of severe handicaps for the few survivors.

How is Antenatal TTTS diagnosed?

The mother may well experience the following symptoms from early on and throughout a TTTS pregnancy: Premature contractions, rapidly expanding tummy, rapid weight gain, breathlessness, tightness of tummy, incredible pressure on stomach.

The single most important fact that needs to be determined early in a twin pregnancy is whether the twins are monochorionic (sharing the same placenta) or dichorionic.

If monozygotic monochorionic twins are diagnosed, ultrasound scans should be performed at regular intervals (weekly, fortnightly, or monthly) by a fetal medicine specialist in an attempt to determine whether or not TTTS is likely to develop.

The onset of TTTS is detected through ultrasound scan at a local maternity hospital. The tell-tale signs are often different-sized babies, different-sized bladders and too little fluid in one sac with too much in the other. A special type of scan known as a ‘colour doppler flow’ may also be performed at some hospitals – this can actually track blood flow through the placenta and umbilical cords to better diagnose the condition. An experienced sonographer, radiologist or fetal medicine specialist with the correct equipment may be able to confirm whether or not twins are identical as early as 12-14 weeks. Later on in the pregnancy it may be more difficult to detect a clear image of the separating membranes and the single placenta. Most maternity hospitals are able to diagnose or at least suspect TTTS, but may be unclear as to available treatment. This is understandable as the treatments for TTTS have not been well publicised within the medical profession up till now.

Where can I get more information ?

twin2twin (www.twin2twin.org)  The UK Twin to Twin Transfusion Syndrome Association is made up of parents, professional carers, and research professionals -all dedicated to raising the awareness of the syndrome, funding research, and providing care and advice to sufferers. The aim of the organisation is the preservation and protection of the health of unborn babies suffering from TTTS by the provision of information, advice, and support.

Treatment is available, and there is no reason to give up hope.

If your multiples had TTTS and you could share your experience here with others to give support and reassurance, please email us with your story. Don’t worry about the quality of your writing – we’re far more interested in helping others so please don’t let that deter you from contacting us now!