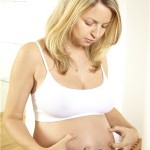 What is obstetric cholestasis?

Obstetric cholestasis is a liver disorder which occurs during pregnancy. It affects about 1 in 100 women each year in the UK, and is more common in multiple pregnancies.   Cholestasis is a reduced flow of bile down the bile ducts in the liver resulting in bile leaking out into the bloodstream. The bile salts in the bloodstream cause symptoms, the main one being itching on the hands and feet.

Who gets obstetric cholestasis?

Obstetric cholestasis occurs in about 1 in 100 pregnancies in the UK. It is more common in women carrying twins, triplets, or more. Mothers, daughters and sisters of affected women have a higher than average risk of also being affected when pregnant. It is more common in certain parts of the world. For example, in some countries in South America, especially Chile and Bolivia, up to 1 in 20 or more pregnant women develop this condition. (These facts support the theory that there is a strong genetic factor involved – see below.) If you have obstetric cholestasis in one pregnancy, you have a high chance that it will occur in future pregnancies.

The exact cause is not clear. Hormonal and genetic factors may be responsible.

There may be other environmental factors which contribute. However, whatever the underlying cause, the pregnancy ‘triggers’ the problem. Within a week or so after giving birth the symptoms clear and there is no long term problem with the liver.

What are the symptoms of obstetric cholestasis?

Typically, symptoms occur in the last third of pregnancy when the hormone levels are at their highest. However, it sometimes develops earlier in pregnancy.

This is the most common and typical symptom. The itch can be ‘all over’, but it is often worst on the hands and feet. Commonly, itch is the only symptom. It tends to get worse until you have the baby. The itch can become severe and affect sleep, concentration, mood, and can become distressing.

Note: mild itching from time to time is normal in pregnancy. However, if you develop a constant itch that gets worse, tell your doctor. A blood test can confirm if you have obstetric cholestasis.

Other less common symptoms include:

The symptoms can be unpleasant for the mother – in particular the itch. But, whether obstetric cholestasis causes an increased risk of harm to mother or baby is still being debated. If there is a risk, it is thought to be small, but the concerns are as follows.

For the unborn baby

More research is currently under way into the risks and effects of the condition and treatment. It is advised that if you have obstetric cholestasis you should consult your care providers.

How is obstetric cholestasis diagnosed?

The diagnosis is suspected if you develop itch during pregnancy. A blood test can detect the raised level of bile acids and liver enzymes (chemicals) in the blood. Other blood tests may be taken to measure other liver functions and to rule out other causes of liver problems such as viral hepatitis. In some cases the itch develops a week or more before the blood test becomes abnormal. Therefore, if the first blood test is normal then another may be done a week or so later if the itch continues.

The diagnosis is confirmed if you have:

Both the itch and high level of liver enzymes and bile salts go away after the birth of the baby. A blood test done sometime after the baby is born can confirm this. This sometimes helps to confirm that the diagnosis was, in fact, obstetric cholestasis if there had been any doubt.

What is the treatment for obstetric cholestasis?

There is no cure for obstetric cholestasis. As mentioned, the condition is not usually serious but can be distressing. Symptoms go once you have the baby. The following may be advised by your specialist which may help.

Some women have found that keeping cool helps to ease the itch. Tips to do this include: lowering the thermostat in your house, keep your body uncovered at night, take cool showers and baths, soak your feet or hands in ice water. These measures may give some temporary relief, particularly before going to bed when the itch may ease enough to allow you to fall asleep. A bland moisturiser cream may also give some temporary relief from itch.

This is a naturally occurring bile acid and is used as a medication. Strictly speaking, it is not licensed for pregnant women, but has often been prescribed. The logic is that taking this drug may help to improve the function of the liver and help to reduce the bile acid level in the bloodstream. This may then ease symptoms (and may possibly reduce any possible increased risk of pregnancy complications).

However, the research evidence to support the use of this drug is not strong. Whilst some doctors believe it helps, some small studies have concluded that it does not help. A current national guideline on obstetric cholestasis states … “there are insufficient data to support the widespread use of ursodeoxycholic acid (UDCA) outside of clinical trials.” So, it is a treatment that is being studied and may be used, but more research is needed to clarify if it is helpful or not.

These are commonly prescribed. Vitamin K is essential for the blood clotting mechanism to work. Sometimes the level is reduced in people with liver and bile problems. So, it seems sensible to make sure that you do not lack this vitamin. This is why supplements are often advised.

You may be advised to have ante-natal checks more often than usual to monitor the progress of your baby carefully.

Deciding about early delivery of the baby

Until recently it was thought that there was an increased risk of stillbirth with obstetric cholestasis. Because of this, many specialists advised to induce labour so that you would give birth early – at 37 weeks of pregnancy. However, as discussed above, the concern about an increased risk of stillbirth is debatable. So, the practice of early delivery is under review and may be revised. Your specialist can advise about the most up to date thinking and practice about this.

Further sources of information and help

Obstetric Cholestasis Support WebsiteWeb: www.ocsupport.org.uk
Provides support and information to mothers who have, or who may have, the condition. Keeps abreast of the most recent research into the condition.