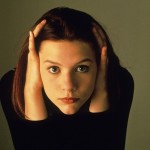 You’re bound to have heard it over and over again.  Your children are driving you to distraction, there is a dark cloud of depression threatening to move in with you, and you’d rather watch re-runs of This Is Your Life than hear another tired old cliche. That’s when someone pops up and says “it’s just a phase”.

The awful thing is, they’re right.  We’ve had years of them with our first son, yes, singletons have their phases too, just not as many as multiples. I thought it might be useful to introduce some of them to you, so that you can greet each new phase like a long-awaited visit from a friend (one who’s hopefully not going to stay too long or trash your house beyond recognition).

And on it goes:

We are still slowly poking at food phase, pushing it around our plate with no intention of eating it.  So wherever you are, whatever is happening, please remember that you’re not alone and repeat the mantra “IT’S JUST A PHASE, IT’S JUST A PHASE!”