When it’s the summer and the sun is shining, the last thing you want is for your kids to be stuck inside all day playing video games and watching television. Encouraging children to go outside is important as it simply is not healthy to stay in.

There is no getting away from the fact that our perception of childhood has changed a great deal over the 20 or so years with the evolution of technology, such as games consoles and mobile devices. Whereas there would be a time when spending all day inside would be classed as a punishment, far too many children opt to be locked away where and connected to the virtual world.

The advancement of modern technology is certainly not the only reason behind children staying inside more and more, with parents having grown more wary of other dangers that threaten the wellbeing of their children. This has led to many parents being fearful of giving children the same freedom that they enjoyed when they were younger.

Parents of children, particularly young children, must never let them out of their sights when they are outside. Lay boundaries such as they must only play where they are in view – this also gives an element of trust and responsibility that children will learn from.

All children should be encouraged to play outside in the garden, which is a safe and private environment. Parents will know that, with children, toys and other equipment quickly take over the garden. Whether that is goalposts, play houses and swings, the garden probably looks as though a bomb has hit it when play time is over.

If you are the parent to sporty children, make full use of the garden space with a miniature sports day. This is an especially good idea if you have laid artificial grass to provide a soft play area for children, as they can get as rough as possible without the fear of getting hurt or running mud through the house.

Afterwards, return the garden back to a civilised and stylish environment fit for all of the family, as it is just as important to teach children to respect their toys and their home. 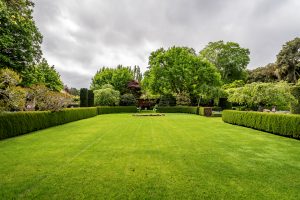 Day at the Beach

In the summer, the best excuse for a day out is heading towards the coast. As an island, the United Kingdom is blessed with many different beaches to head towards, although you simply cannot beat Cornwall for stunning scenery, as well as local delicacies.

Young children absolutely love the beach as they can build sandcastles (bucket and spade at the ready), dip their toes in the sea and you are never more than a few feet away from ice cream at any given time! As a parent, you never forget the first time you introduce your child to the sea, their reactions are priceless, and it helps to broaden their horizon that the world is more than just what is immediately outside of their door.

Sun Cream at the Ready

Remember to keep children topped up with sun cream this summer! Children’s skin is highly susceptible to burns, even when you don’t think the weather is that warm, so play it safe and pack the factor 50.

Also, keep your children shaded with hats and sunglasses, and hydrated with plenty of water as It doesn’t take long for dehydration to set in.

Make sure to make the most of the great outdoors this summer, as we all know that the weather won’t last and it won’t be too long until we return to grey skies and rainfall.